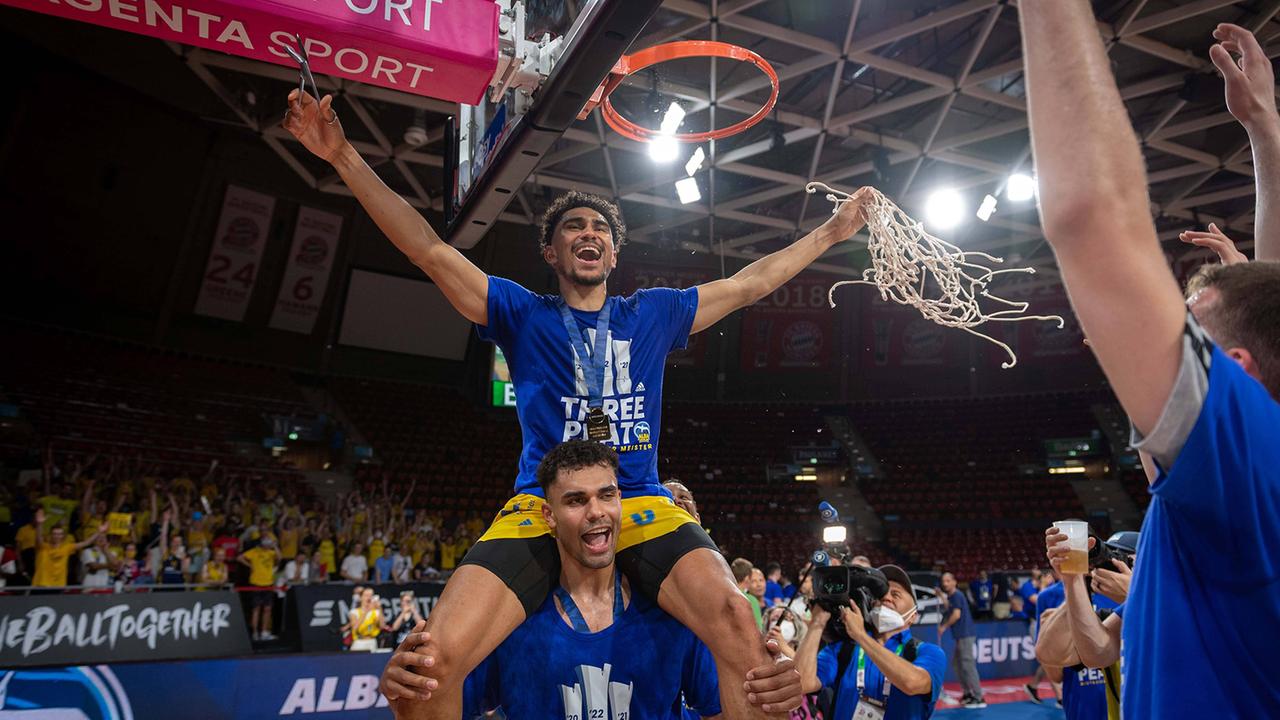 Status: 21/06/2022 10:00 With the third championship in a row, Alba Berlin has crowned an extraordinary season in the basketball Bundesliga. The last course by Jaleen Smith marked the start of the Berlin festivities. 69 seconds were still to be played late Sunday afternoon in the crowded and hot Munich Audi Dome as Alba Berlin’s … Read more

It was not clear whether Israel González was sweaty after the exertion in the sweltering heat of the Munich Hall – or whether he had taken a bath with a cold drink. Probably both, at least the coach of the Berlin basketball team sat at the press conference after the decisive fourth final match of … Read more

It was not clear whether Israel González was sweaty after the exertion in the sweltering heat of the Munich Hall – or whether he had taken a shower with some cold drinks. Probably both, at least the coach of the Berlin basketball team sat at the press conference after the decisive fourth final match of … Read more

Dickes B up on the Spree? One can assume that Alba Berlin would play Seeed’s old hit in full volume after winning the German basketball championship for the third time. But even during the fourth final on Sunday, where the Berliners were still working on their third victory over Bayern Munich in this final series, … Read more

The basketball players of FC Bayern Munich missed the second surprise and clearly lost the home game against Alba Berlin with 81:96. For the third time in a row, Berlin was handed the championship trophy on the floor by their big rivals and won the double after winning the trophy. For Munich, it remains a … Read more

19/06/2022 – 17:10 Interzero GmbH & Co. KG Berlin / Cologne (ots) It was already predictable in a way during the current season, but now it’s a beautiful reality: the ALBA BERLIN basketball team is the German basketball champion for the 11th time. between zerothe newly formed group of companies in the field of circular … Read more

In the end, everything had to happen very quickly. “Come on, we have to!” shouted Marko Pesic, manager of FC Bayern’s basketball team, waving his arms. It was still early Friday night. But planes are only allowed to land in Munich until midnight, and the Bavarians have had bad experiences with planes from Berlin, which … Read more

Friday night, the past was a guest in Freak City. Fast ball relays, safe distance throws, crashing dunks – basketball worth watching. All this was demonstrated by the guests from Alba Berlin, who are a bit reminiscent of Bamberg’s basketball players’ heyday, when they with their fast and attractive game shot opponents in the Bundesliga … Read more