votes on the gameReal Madrid are eager to win the Champions League title and the final against Liverpool is scheduled for Saturday in Paris. On The Royal Media Day, the stars comment on the season’s most important match.

Real Madrid – Courtois: “A final, anything is possible”

THIBAUT COURTOIS on the Champions League final against Liverpool: “It’s my first final with Real Madrid, I’m very excited. It’s a special feeling, hopefully we win. Liverpool are a fantastic team that plays very intensely and pushes very aggressively. The key is to defend well. It’s a finals, anything is possible. We do not play at home, they do not play at home. In a final, it is often the case in the beginning that both see what is happening. So when something opens, it goes from one gate to another. Physically “We are in very good shape, Liverpool gave everything on Sunday until the last second. It might give us a small advantage.”

Mulig a possible penalty kick competition: “I’ve seen a couple of videos and recently there was a penalty shootout against Chelsea. It’s something to look at. It’s important to see how they shot throughout the season. Salah is the first shooter. I want to keep that in mind and if it comes to punishment, I’ll go through it again quickly. “

… The failed signing of Kylian Mbappé: “I’m talking about the players who are on our team. There are those who are there and in Real Madrid they have to be the best. Every player makes his decisions. I would die from wanting to come to Real Madrid.”

KARIM BENZEMA in the final: “I will try to score in the final. We are in good spirits, focused and preparing for the match. There is no pressure, we just have to enjoy it. Liverpool are very good, the coach too. Finally we have to look at our game I have confidence because it is not easy to get to the final. We won against Paris, Chelsea and City, we are in good shape and we are on the right track. A lot can happen in the final, also because you do not play at home. “I do not put any pressure on myself because I do not have it and I do not want it. We have to work harder because we have an important battle to prepare for.”

… Vinicius Júnior: “He is young in age but not on the pitch where he has played over 100 matches. They talk about the best in the world but do not mix Vinícius with them. Vinícius is in the top five because he scores important goals, has good moves , do everything … I talk a lot with him, also on the pitch. I have a part in it. For me he can be even more crucial, his bar is very high. If he concentrates a little more, he can score more goals and assists. ”

LUKA MODRIC: “I have a very good feeling and I really want to get to the final. My fifth, many want their first. It’s special. Anyone who has not experienced this in a team should enjoy it. Hope everything goes well. Once you have won the title, you will want to win it again. “

Kroos: “I really want to play this game”

TONI KROOS: “I really want to play this game. I do not feel the great pressure. It will be hard, but to be so lucky to be in my sixth final, there is just light left. I think it is very important to enjoy it, not to feel so much pressure. I am convinced that if you enjoy it, you will play better. It is important to believe in it every moment. For me, it is already a success to reach the final. Of course we will win “and we know how to do it. The season is already very good and now we have the chance to make it a spectacular season.” 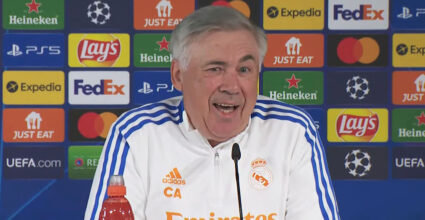 Ancelotti on Mbappé and the final: “Hope and motivation are enormous.” Continue reading 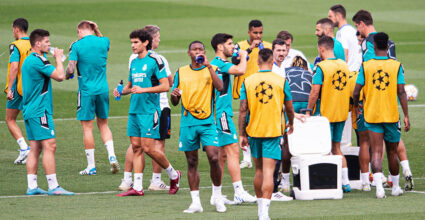 Real are preparing for the final. See the device stream here. Keep reading

DAVID ALABA: “I feel very good, have prepared very well, worked hard the last few weeks. We are very happy to have reached the final, we have a very strong team with great individuals. We only have one match left and we will do everything we can to return with the Champions League title. “ 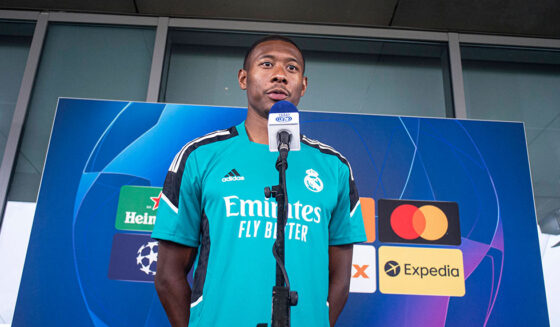 Alaba is ready in time for the final in the best class – Photo: IMAGO / Just Pictures

MARCELO on the duel with Liverpool: “We are very happy with the season and are in a very good phase. We are focused and already looking forward to Saturday. We want to win, but it will not be easy. We must do everything we can to win it. best match in world football at club level. “

Fremtid his future: “I want to stay, I have said that 50,000 times. But I will talk to the club after the final. I do not feel nostalgia, I’m still here. We’ll have to look after the final. “

Rodrygo: “It’s brutal to me”

RODRYGO GOES IN HIS STRONG FORM OVER THE LAST FEW WEEKS: “I stand by the goal against Chelsea. I had played a good season before, but I missed the goals. It’s also brutal to me, I’m going through a very special phase. It’s my first Champions League final now, which makes me very happy. I’m always relaxed, but this week it’s a little different. You are more nervous, more anxious. The feeling, however, is the best possible. When you go to a Champions League final like Real Madrid, you think you’re going to win. Hope everything goes well. ”

… Mbappe: “We can and must not talk about Mbappé. We must be focused on the final, the second is a topic that we no longer worry about.”

Real Madrid ahead of CL final: “As if it were the first”

CASEMIRO on the fight in Paris: “The key is to approach it as if the final was the first. And with the ambition of always wanting to win. To win Champions League titles, you always have very difficult matches in advance. When you face Paris, Chelsea and City, “The road is even harder. But that’s the way it is in the Champions League. It’s a game where details matter. Whoever makes fewer mistakes is likely to win.”

… Mbappe: “If he made the decision to stay at PSG, then we respect that.”

VINÍCIUS JUNIOR: “I’m very happy with my season. Now I’m more experienced after so many matches at Real Madrid and so many matches with the players. And I’m working too. I’m already thinking about the final and what I can do. I’m a little nervous “This is my first Champions League final. This is the most important game.”

Real Madrid: “The desire to win the title is huge”

EDEN DANGER: “The good atmosphere in the team is the key to everything. It’s not just eleven players, it’s a team. Everyone is important. The goal is the title. I played against Liverpool for seven years, who play a little differently now, but they are a good team. “

DANIEL CARVAJAL: “It will be my fifth Champions League final and we will try to take the trophy to Madrid. As time goes on, we will realize what we have achieved. To be a part of this era and to be a part of Real Madrid’s history is fantastic.”

Nacho Fernandez: “I feel really good and I really want to. Of course, experience is important in games like this. Playing a Champions League final is very special – especially in Real Madrid. Our desire to win the title is enormous. We are here for a reason our work during the season has been excellent. Now a small step is missing for the next title. That would be wonderful. “

Camavinga “very happy with the season”

EDUARDO CAMAVINGA: “I am very happy with the season and I hope we win on Saturday. I am very relaxed. Real Madrid is my dream club and I am very happy. Playing at the Bernabéu is an indescribable feeling, because everyone wants to do this. I is lucky to play here. “

votes on the game

Courtois: Mbappe? Would die of wanting to come to Real Madrid “

Real Madrid are eager to win the Champions League title and the final against Liverpool is scheduled for Saturday in Paris. On The Royal Media Day, the stars comment on the season’s most important match.