Finally, the yellow felt ball flies through the Stade Roland Garros again. After qualifying, the main field of the French Open next Sunday starts the second Grand Slam tournament in the tennis year 2022. There may be a big shift change for men this year.

For the second time since 2005, the winner could not be Rafael Nadal, Novak Djokovic or Roger Federer, for Carlos Alcaraz, one of the greatest tennis talents of recent years, is in top form. And who are the hottest title challengers at the French Open?

Just turned 19 years old, the Spanish top talent has enjoyed a sharp increase over the last year. Four tournament victories have already been recorded on the ATP Tour this calendar year, most recently the two clay court victories in Barcelona and Madrid.

Alcaraz delighted the home crowd in the Spanish capital two weeks ago when he defeated Rafael Nadal, Novak Djokovic and Alexander Zverev one after the other on the madrilean sand. Since then, it has been clear: the teenager can do anything at the height of the year in the gravel track season, including victory in the final on June 5th.

Alcaraz has long since turned from a secret favorite to a serious contender for the title, climbing to sixth place in the world rankings in recent months. The protégé of former tennis player Juan Carlos Ferrero pursues a clear career plan and does not hide his big vision: “I am a boy who is fully aware of his goals. And one goal is to become number one in the world will.” The French Open can be a very important milestone on the way there.

Just in time for this year’s second Grand Slam tournament, Novak Djokovic is back on the big tennis scene and, after months of quarreling in the vaccination debate around the Australian Open, is finally writing purely sporting headlines again.

The joker triumphed at Roland Garro’s dress rehearsal in Rome last weekend and convinced with an even final victory (6: 0, 7: 6) against Stefanos Tsitsipas. It was the first tournament victory on the red ash since the French Open victory a year ago. 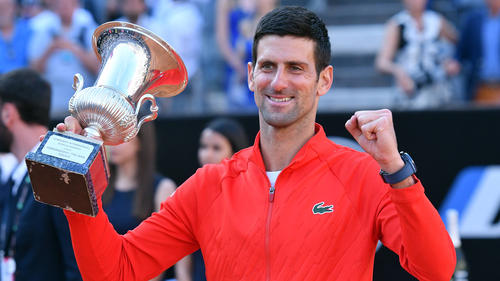 Novak Djokovic recently returned with the victory in Rome

As defending champion in Paris, the Serb is safe: Anything other than the 21st Grand Slam victory is out of the question. On the historical rankings, Djokovic will finally catch up with Rafael Nadal, who has been the only world record holder since Melbourne with 21 Grand Slam titles.

“I’ve built up my form over the last couple of weeks. It could not be better than going to Roland Garros with a title behind you,” Djokovic remarked on his broad chest after his sixth title in Rome. The 34-year-old is ready for his next masterpiece.

A 13-time winner of the French Open, Rafael Nadal is without a doubt the best clay-court player ever. But even in the mature tennis age of 35 and with growing worries about injuries, is that enough of a really big hit?

Doubts grew to the last about whether the Mallorcan would be able to get his persistent pain in his left foot under control when the tournament started. It has long been clear: Nadal will only be able to serve in Paris with pain. “I’m not hurt, I live with this injury,” he said, referring to a metatarsal problem that has persisted for years. 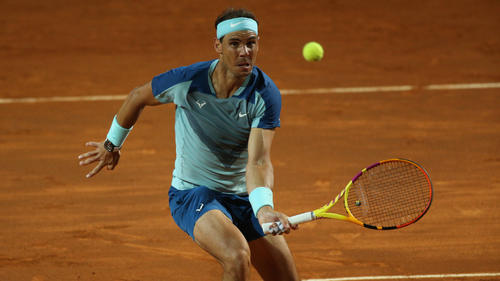 Rafael Nadal is always to be expected in Paris

But it’s also clear: no one has a greater fighting spirit on the tennis tour than Rafael Nadal. The King of Sand will always fight for the crown at the French Open. But the bull from Manacor, who has not won a tournament on sand so far in 2021, must first overcome his own handicap.

Novak Djokovic became the nightmare opponent of the 23-year-old Greek again a week ago when he gave him another lesson on clay in the Rome final of 0: 6 and 6: 7. Last year, he had to bow to the Serbs in the Roland Garros final, but looked after a tough battle in five sets.

Stefanos Tsitsipas, number four in the world, is ready for his first Grand Slam title and has been in the semifinals four times in the world’s biggest tournaments. 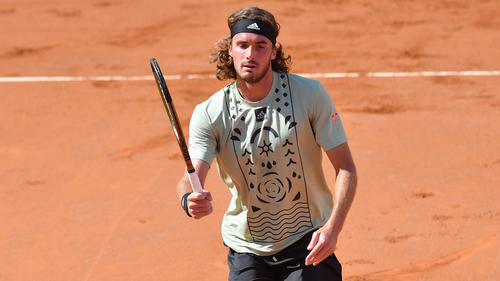 Stefanos Tsitsipas was already in the final in Paris 2021

The final defeat against Djokovic was preceded by his second triumph in Monte Carlo on clay. So the Athenian is determined in form and form to reach really far again on Roland Garros. A clash with his supposed feared opponent threatens this time already in the semifinals. For Tsitsipas probably the toughest test on the road to his first major title.

Since the great triumph with the Olympic gold medal in Tokyo, it has been quite difficult for the German number one. There have not yet been any tournament victories in 2022, most recently it was enough to reach the semi-finals in Rome (6: 4, 3: 6, 3: 6 against Stefanos Tsitsipas).

In the pursuit of his best form, Zverev plays mainly against himself. The volatile first serve, the unforced errors and phases of mental weakness paved his way through what has been a moderate season so far. The hamburger itself was confident: “Paris is the tournament you watch. I want to show my best performance there.” 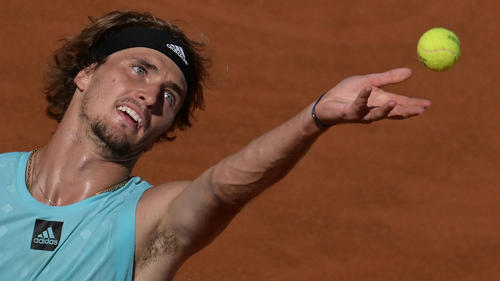 Alexander Zverev is still looking for his top form in 2022

If successful, the 24-year-old can beat anyone in Paris. But almost ten months after the Olympic gold, Zverev is not one of the hottest candidates for the Coupe des Mousquetaires trophy.