Let’s return to the death of Tony Brooks. In his honor, we now have an obituary online on our portals where we will once again pay tribute to his career.

One small fact: Brooks, the last GP winner of the 1950s, died. Of all the Formula 1 winners from the 1960s, only two are still alive: Jackie Stewart and Jacky Ickx.

There is one statistic that gives Mercedes courage ahead of their Miami debut. For so far, the Silver Arrows have won every new race in the turbo era.

Will the series continue in Miami? It might be a little harder …

Nico Hülkenberg with his own team in the eSkootr series

There is news from Nico Hulkenberg: No, according to the current status, the German does not run as a replacement for anyone in Miami, but starts his own team. 27X by Nico Hülkenberg will be the name of the team starting in the new eSkootr series. The new racing series for electric scooters has its first race in London next week.

“I’m excited to step into a whole new role as team owner of 27X and be a part of this new micro-mobility adventure,” he says.

“It will definitely be more than a typical racing series, and I’m sure we have a very entertaining sport in the making with experienced motorsport experts. Racing in cities is unique and will be a great stage for the development of sustainable and safe mobility. “

… then of course you have to go to the swamps. Yuki Tsunoda has found a suitable vehicle to really step on the gas there. Meanwhile, Max Verstappen needs to be careful not to get wet while watching.

And of course pay attention to the crocodiles;)

If you want your own impressions of Miami, you can now take a look at our gallery – already before Thursday! The riders will first appear on the track tomorrow, but because it is a new track, we have already populated our gallery. This will of course continue to be updated over time.

The new Miami Formula 1 circuit is, of course, new territory for all drivers – including Sebastian Vettel, who is looking to build on Imola’s good performances this weekend. “It’s great to see another street circuit in the calendar, and the circuit in Miami looks really interesting,” he says.

“From what we experienced in the simulator, there are a few challenging corners. Swings 13 to 16 have a surprisingly large height change that can catch motorists off guard, and there are long sections where overtaking should be possible with DRS. There is just so much to learn in advance – I’m excited to get on track for the first time. “

Question about getting into VW

About a month ago, Volkswagen’s supervisory board gave the green light for their two brands to enter the market. Editor-in-Chief Christian Nimmervoll answers the most burning questions about the decision of April 7, 2022 here in the video.

Explained: That means yes from VW’s board

Christian Nimmervoll answers the most burning questions about the decision on April 7 – a day that will go down in Formula 1 history. More Formula 1 videos

During his statements, VW CEO Diess also spoke about the return of Formula 1 to Germany: “I also know of plans for us to have another Grand Prix in Germany, which would then also stimulate Formula 1 in Germany again. “, he says.

It is also an important message for a group like Volkswagen. “I always think it’s good […] if we do not just watch the races in Asia or in Bahrain or in Doha, “he says.” But one must accept that it is also a business and it is who comes up with what counts. But I believe that already in Germany we can succeed in organizing such a Formula 1 race. “

What about Pascal Wehrlein?

One option would be Pascal Wehrlein, who drives for Porsche in Formula E and achieved his first victory in Mexico. The 27-year-old is still at his best age in 2026 and has previous Formula 1 experience – but that would have been almost ten years ago. And: If Porsche, who is currently suspected, comes along with Red Bull, they would obviously have their very own diverse driving team.

At Audi, on the other hand, you never know where they will enchant their drivers. A surprise candidate like Rene Rast (then already 39) can also come from DTM. There are enough choices of previous formula pilots, but the question of the super license points will then arise in such a case.

But there is still a lot of water to flow down the Rhine before we have answers to such questions. Because the record has not yet been officially determined, let alone with whom and in what form. 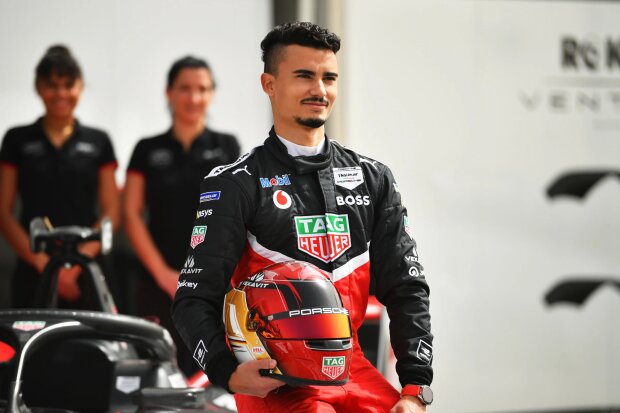 Of course, the question arises as to which German drivers would be suitable. We do not assume that Sebastian Vettel will still be there in 2026, and that Nico Hülkenberg will be in the Formula 1 environment for as long as could be difficult – especially since he would already be 38 years old.

Of course, Mick Schumacher would also be an option by name. But the German is currently struggling not to maneuver his career into a dead end against Kevin Magnussen. Only if he succeeds will he have further prospects in Formula 1.

With a period of four years, we are of course also talking about the future. And the outlook is looking pretty bad at the moment. Neither in Formula 2 nor in Formula 3 will a regular driver start in 2022. David Beckmann (F2) and David Schumacher (F3) only got access to the car in Imola as a substitute.

A sad news reaches us from England, where former Formula 1 driver Tony Brooks died yesterday at the age of 90. After Stirling Moss’ death in 2020, Brooks was the last surviving Grand Prix winner from the 1950s.

Let’s take a look at what the positions for the World Cup say for Mercedes: The racing team currently has 77 points and is therefore quite comfortable ahead of McLaren (46) in third place. So it’s not as bad as it sometimes seems.

Of course, that is probably not the case. Nevertheless, the numbers look better than the perceived truth.

Mercedes had already performed some experiments in Imola. You can read about them again here in our technical article.

Wolff: Pacific are not good sailors

“Both drivers worked in the simulator in the run-up to Miami, and the factories were busy producing updates for the next races,” Wolff continues. He’s not so worried about Mercedes getting back on track.

“In this context, the saying ‘calm seas do not make good sailors’ comes to mind,” said the Austrian. “This team has shown resilience for many years, and the difficult start to this season has ignited a fire in every team member to rectify the situation.”

When will the Silver Arrows get back on track? Mercedes has had a poor start to the season so far (by its standards) and has shown extremely inconsistent performance. This can be illustrated only on Imola, where George Russell was number four, but Lewis Hamilton was only number 13.

The question is how long it will take for Mercedes to get the concept under control. The next step is to take in Miami if you do not want to miss the connection in the World Cup.

“Since returning from Italy, we have learned as much as possible from the weekend, and at the same time we have gained additional knowledge in the wind tunnel and in simulations,” says motorsport manager Toto Wolff and announces: “We have found several ways. to make the car improve. “

“In Miami, we will run experiments to correlate these simulations and hopefully confirm the development path for the upcoming races.”