Sit down and forget it’s a folding bike

With the Gocycle G4, you can quickly sweep around the corner, drive long distances, get jealous glances, let cyclists hang out on the mountain – and then you fold things up in 10 seconds and disappear in the subway home. No other folding e-bike we know of offers this wide range of applications at this high level. However, a fourth gear would fit really well with the e-bike.

In 2019, we tested the Gocycle GX for you. With the Gocycle G4, the sequel is now on the farm. He should do much better. The basic principle remains the same: the e-bike fits in the trunk or in the trunk of the train and can be folded up or out again within ten seconds (!). And there is a boost button that pulls the corners of the mouth up.

This is new for generation 4

The main criticism from us at the time was the engine in the front wheel and its engine management. In our opinion, the drive developed by the manufacturer was too high during the work. He also pressed for some time, even though we had long ago stopped pedaling. The manufacturer now wants to improve this.

Also new is the carbon fiber (G4i) intermediate frame, which helps reduce weight. The collapsible electric bike weighs 17.6 kilos without a standard main stand, which is reminiscent of a motorcycle. High-performance MotoGP-style tires are designed to increase driving comfort.

The USB port on the handlebars, which now charges the smartphone while driving, is very welcome. Since our Gocycle still only has a rudimentary LED strip to show the battery level and no display to show the speed, this is a sensible update.

The standard equipment is also more comprehensive. The fenders and the bright LED lighting, which were previously subject to a surcharge, are now available from the factory. Customers are happy to take it with them, because the artfully designed Gocycle is not cheap.

The manufacturer estimates the Gocycle G4 we tested here at 4,299 euros. The much better equipped G4i (including a digital cockpit, striking LED daytime running lights, longer range and electronic gearshift) costs 5,499 euros. The special edition GoCycle G4i +, which is even lighter thanks to carbon wheels, is the spearhead of the portfolio. The price here is 6,499 euros.

Up to 6,500 euros for a folding bike! It’s a message. But once the Gocycle is in front of you, it becomes clear where the high price is coming from. Especially when you compare it to significantly cheaper folding bikes like the Fiido D11.

Wherever we look, we discover thoughtful details that we do not know from any other electric bike. This also applies to the basic variant of the G4 that is made available to us. The innovative folding mechanism with its powerful safety hinges immediately inspires confidence in the technology.

The use of a single titanium pin is said to make the joint more robust and durable compared to the previous generation. The principle remains unchanged from the GX. Well – the folding process works within 10 seconds, as you can see in the following video of the previous model.

In the video you can see the previous model Gocycle GX. It shares many similarities with the G4 reviewed here. However, there are some important differences that we will discuss in the text.

Test drive: 60 kilometers through the Sauerland

Folding bikes are usually predetermined for the city. The beauty of the Gocycle is that it is not limited to the city. The mature ergonomics, high quality components and the good craftsmanship allow longer trips without problems.

As part of this test, we repeatedly drove through the city with the G4, as with other e-city bikes that we test for you. We took it on a long trip in the Sauerland to test the range. Starting from Kahler Asten, the second highest mountain in North Rhine-Westphalia, the approximately 60-kilometer route led mainly over forest trails.

The rear spring element contributed to a comfortable “ride” just as much as the new tire mix from Vredestein. Originally designed for asphalt, it also provided adequate grip on dry soil.

Gocycle sets the G4 battery range to up to 60 kilometers. We can confirm that. Mostly in an energy saving mode we still had a lot of capacity left towards the end of the trip. And this despite the fact that the boost button was used diligently in the meantime.

Like the VanMoof S5, the Gocycle folding e-bike also offers this button on the handlebars. Activate it and the front-wheel engine immediately provides its full torque, regardless of which support mode you have just selected. Traction control effectively prevents the wheel from turning.

There are almost no changes in the app. As a small special feature, the manufacturer offers you the ability to create and save performance profiles yourself. The first time the smartphone was paired with the bike, there was a firmware update that we installed. Subsequent mating processes worked without problems.

You have the option to trick the app into thinking the location is wrong. If you select North America, you will unlock a higher speed than allowed. The Gocycle engine then supports your pedal movements beyond the permitted 25 km / h up to 32 km / h.

It does not really make sense. Because the translation of the three-speed gearbox does not fit this speed. Anyone who pedals in third gear at over 30 km / h will quickly seem like a clown. In general, we have often wanted a fourth gear tape as a relaxed “overdrive” on a flat surface or downhill.

The biggest change is in the front wheel. The engine in the current Gocycle G4 works much more harmoniously than in the GX. It delivers significantly more torque on the mountain and no longer pushes when we stop pedaling. 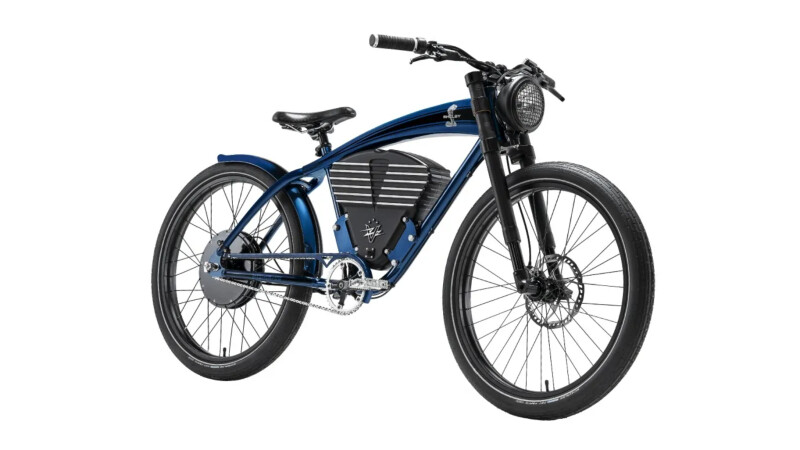 To great delight, it has also become significantly quieter. The disc brakes that we complained about in the first test also grip hard, are now bigger and even lighter. See – the manufacturer improves its model from year to year and listens to customer feedback.

There was no need to change the encapsulated chain, which you never come in contact with and therefore do not get dirty fingers or trouser legs. The so-called pit stop wheels are also fantastic. In the case of a flat tire, they can be removed from the bike very quickly.

We also noticed that 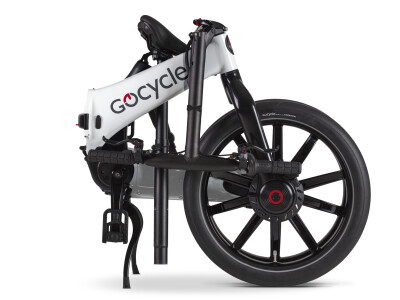 Do not you agree? Are you looking for suitable alternatives? Below are the best Gocycle G4 alternatives. You can find an even more comprehensive list in our e-bike overview.

Do not miss anything with NETWORK-Newsletter

Every Friday: The most informative and entertaining summary from the world of technology!