The title of Mathias Tietke’s new book is annoying: Yogi Hitler. He should too. Tietke is herself a yoga teacher. He will show how National Socialist ideologues managed to simply ignore the central sensitive and peace-loving aspects of yoga teaching. Yoga was unilaterally incorporated into Nazi ideology. And because there were hardly any objections to this, even Adolf Hitler became a yogi.

“He has certainly been stylized as a yogi. Not by yoga circles, but by ‘Völkischer Beobachter’, that ‘Führer’ Adolf Hitler, his strength and his actions, are based on the Upanishads, ancient Indian scriptures where yoga is a player a significant role, “says Berlin yoga expert Mathias Tietke. In the Third Reich, Adolf Hitler was not only stylized as the” greatest general of all time “, but also honored as a fashion yoga practitioner.

“At the time, there was a magazine called ‘Die Weiße Fahne’, a life-reform movement, and they went a step further and found out that Adolf Hitler is yoga embodied. His life, his actions, everything suggests that he was Yoga is alive. “

“The warrior as the one who has to do his duty”

In the Nazi dictatorship, this propaganda was completely deliberate. Because Hitler was inclined to yoga. His library contained several books related to yoga: Arthur Schopenhauer, for example, who introduced yoga to Germany in the 19th century. Or the professional literature from the then leading Tübingen indologist, religion researcher and SS Hauptsturmfuhrer Jakob Wilhelm Hauer. In addition, literature by the Munich Indologist and SS Oberfuhrer Walther Wüst, who was also the rector of the University of Munich until the end of the war. Common to them all was a very one-sided view of yoga.

“This is the ethical orientation. It is steps one and two. It means ‘Ahimsa’ – without violence! To deny any kind of violence is an ethical basis in the yoga concept. It did not matter. The positions did not matter, but then comes the phase five, six, seven, withdrawal of the senses from the outside world, concentration and a state of meditation.It is the Upanishads and the Bhagavad Gita where the ethic of the warrior, the warrior as the one who does his duty has to do, who is not responsible for his actions, the opponent who can not die at all because you only kill the shell and not the essence. That’s something you find in this literature. “

The central teachings of yoga were therefore ignored, while others were brought on the field to, so to speak, invent something like “Aryan yoga”. The ethics of the Bhagavad Gita, gratefully taken up by important Nazi ideologues, are originally those of the Kshatriya caste: no matter who is in front of you on the battlefield, no matter who you meet on the battlefield, eliminate the opponent because there is a higher purpose at stake . God Krishna frees the warrior Arjuna from all his torments of conscience and teaches him to kill without mercy and without feeling.

But the teaching described in the Bhagavad Gita is embedded in a much larger history and is fundamentally relativized. In the sequel, Arjuna is killed, God Krishna cursed and later killed as well. Arjuna and his family end up in hell. Arjuna’s doubts about the hard killing were apparently justified. 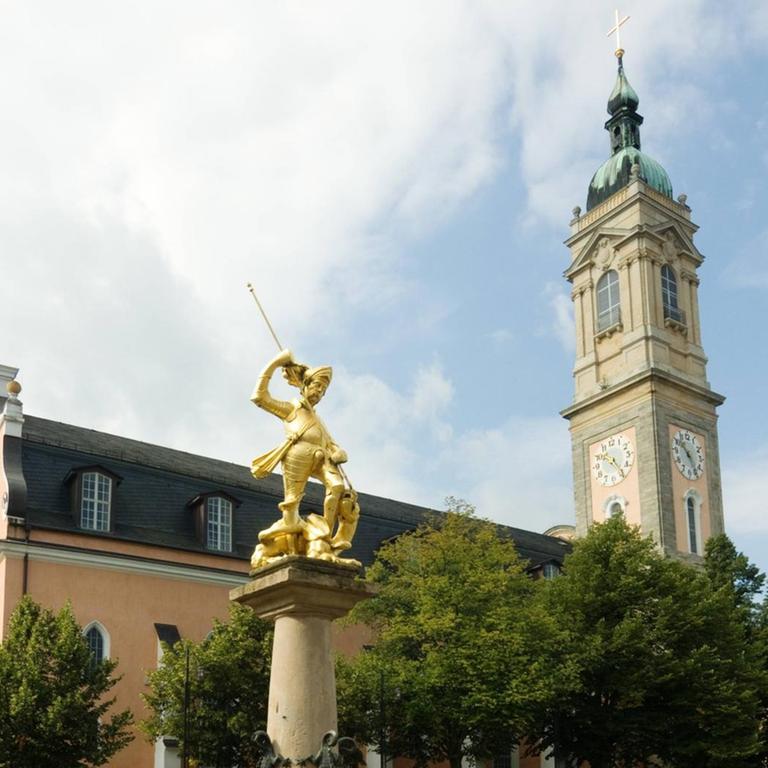 The National Socialists, however, accepted only parts of the myth. For them, it was about the warrior mentality, about fulfilling his duty – stupid and loyal, free from any doubt. Just as God Krishna freed the warrior Arjuna from doubt and remorse, thousands of years later this would become the model for Germanic warriors in World War II.

And Matthias Tietke explains in more detail in his book: The warlike cavalry invaders from Central Asia called themselves Aryans, ie nobles. The mostly peaceful Indus culture, which opposed the 5000 years ago, was declared unworthy by them. According to Tietke, this is what the caste system is based on today, the distinction between valuable and less valuable people, including the pariahs. In Germany in the 19th century, this ancient Indian division into Aryan-non-Aryan, noble-no-noble was reformulated again.

“That changed then, explicitly with Schopenhauer. And with Schopenhauer, this opposing pair becomes Aryan-Unaric and becomes Aryan and Jewish with him. This continues then, namely, Nietzsche and Chamberlain. The German, the German, is always the Aryan, the Noble. And on the other hand, there is the Semitic, the Jewish, which must be devalued. “

In this regard, the Nazi nobles seemed to fit this yoga perfectly into their anti-Semitic ideology. Above all, Hitler and Himmler wanted to concentrate on the fight.

“It was not men who practiced the sun salutation, who stood on a non-slip mat and did some exercises there, nor did they do breathing techniques. Although it must be said that Eva Braun is known for having done yoga exercises. There are even film recordings of , how demanding yoga postures are performed on a lake in Bavaria.But this is not the case with Hitler and Himmler. or Raja yoga, royal yoga, where you withdraw your senses from the outside world. You are able to concentrate and, so to speak, find your way in this concentration. “

Heinrich Himmler, for example, wanted to make the SS a spiritual order, so to speak. According to research by Mathias Tietke, he praised meditation retreats, reading the Bhagavad Gita and yoga to increase fighting power and ruthlessness. But the physical exercises in hatha yoga, which were less appreciated by the Nazi greats Hitler and Himmler, were also to become part of military training.

“It is very common in the magazines ‘Das Reich’ or ‘Illustrlicher Beobachter’ or ‘Völkischer Beobachter’ that members of the Wehrmacht very often stand on their shoulders. Women bent forward or showing the candle. So determined in classical yoga That there was several posts at the time when Indian yogis, hatha yogis were introduced with photos across two newspaper pages: this is the way the Indian yogi focuses on how he steels his body. “

“There are no yoga scholarships”

Body control, loyalty and fidelity to the last – and beyond. After the war, the Munich indologist Wüst lost his chair and was unable to regain his former influence. However, the Tübingen indologist Hauer continued to spread his rough theses on yoga – beyond universities – into the 1960s.

“There are new editions of his book ‘The Yoga’. And in these new editions you can find pretty much the same old views. He has not broken what could be better to come out now. The Aryan fraternities or the understanding of Yoga as the will to fight and act. No, he just kept those things. “

However, without gaining much influence. An old Nazi yoga school was not able to establish itself after 1945. With his book, Mathias Tietke will not only explain the history of yoga, but also warn that and how yoga can be abused. To this day. For the connection with right-wing extremist ideas still exists.

“So I do not know of a brown yoga movement after 1945. There are also no yoga scholarships in that sense. Nevertheless, there are adherents of this rune yoga. This means that there are National Socialist-oriented people who are basically reason represents what Hauer has represented until today.Runeyoga, Germanic yoga, rajayoga.But these are rudimentary phenomena.Out of thousands who practice yoga, there are one or two who said, for me, the Aryan, Germanic runeoga still plays a role.”