With his Wimbledon victory in 1985, Boris Becker triggered a tennis boom in Germany. But with life after his sports career, the 54-year-old ruined his reputation. Memories of a former fan.

Where were you on July 7, 1985? For many of my generation, this date is as dramatic as the Apollo 11 mission is for older people in 1969. What happened that Sunday at Center Court in Wimbledon was almost as incredible to us as Neil Armstrong’s first step on the moon .

A 17-year-old German won the most important tennis tournament in the world – and is the youngest Wimbledon winner to date. With his sensational triumph, Boris Becker triggered a huge tennis boom in his home country.

I was 13 at the time and was one of the tens of thousands of young people who swapped their football boots for white sneakers. After school, instead of going to the soccer field, I went straight to the tennis court. There we lifted our Becker fists after successful rallies and dived after each ball as if we were like Boris on Wimbledon’s lush green instead of on a shattered ash field.

Boris Becker inspired as long as he played

The love for the Leimen tennis god lasted through the summer of 85: I remained his fan until his last professional match. It never got boring. Big wins were followed by bitter defeats – Becker lost four of his seven Wimbledon finals. But he always came back. Won a total of six Grand Slam tournaments, won the ATP World Championship three times and the Davis Cup twice for Germany.

Unforgettable how he defeated John McEnroe in 6 hours and 21 minutes in 1987 while also defying the hostile American audience. The game went down in history as “Battle of Hartford”. It was games like this where Becker got bigger than life. He combined an indomitable will to win with a cold head and playful class – and played into our hearts. On a good day, no one could beat him, not even 16,000 buzzing spectators.

June 30, 1999, Becker ended his sports career – the day also marks the slow extinction of the love of my idol. For now, celebrity and public figure Boris Becker came forward and ousted the athlete. Little by little, he destroyed much of what he had built up over the course of the previous decade and a half.

The sad life after the sports career

On June 30, these two lives connect: in the afternoon he was still on the field trying to avert the impending defeat in the round of 16 at Wimbledon, in the evening what the tabloid media later called the “broom affair” happened: while his wife Barbara was in the hotel room , while he was waiting, Boris made model Angela Ermakova pregnant.

The details of this slip-up were happily published in all the newspapers of the world. It was only the beginning of many embarrassing reports from the life of the former tennis hero. Two divorces, several relationships, engagements and separations followed. In addition, reports on his inability to handle financial matters leading up to bankruptcy.

But the worst was his silly feud with Oliver Pocher, which culminated in an RTL show in 2013, in which Boris Becker made a full horst in front of an audience of millions. By that time, the low point had been reached, since then, as a former fan, I have not felt anything at all.

Boris Becker: his successes, his women, his finances 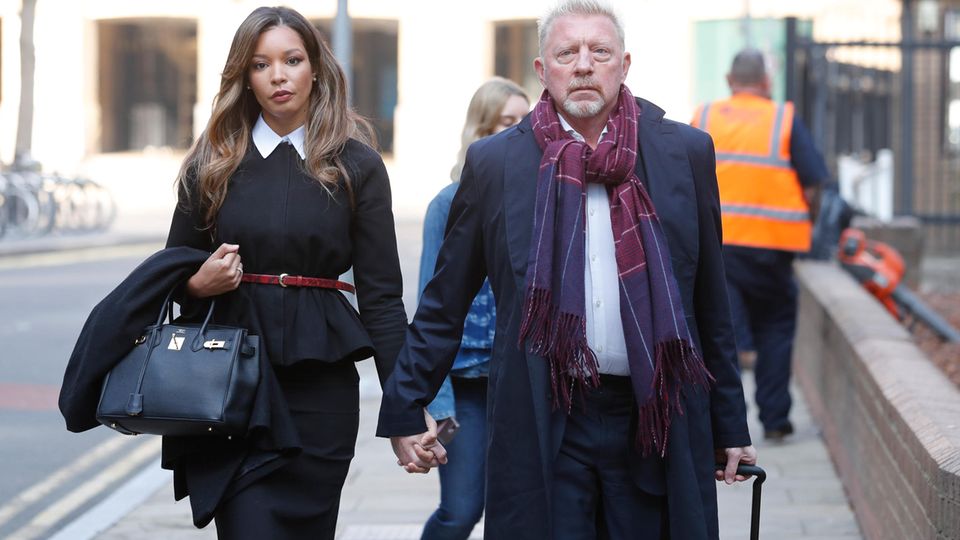 Personally, I feel sorry for Boris Becker that he was not able to make anything out of his sports fame. Nevertheless, the 54-year-old’s further fate leaves me strangely cold: I have not felt anything for my idol from that time for a long time.

I had never dreamed that one day, on July 7, 1985, when I was young, the sun was shining – and a 17-year-old German was crowned king of the tennis world. I want to remember him that way. Unfortunately, another Boris Becker has appeared along with the brilliant sports hero: a fat man with a fly swatter on his head.