(Motorsport-Total.com) – Best time for Porsche in the DTM test final in Portimao: On Wednesday, the Norwegian SSR driver Dennis Olsen set the day’s best time to 1: 41,378 in temperatures just below 20 degrees, which made him 0.269 seconds faster as Rosberg driver Nico Müller. As a result, no Audi was in front for the first time in the four official test days.

The five-hour session, which first started at 5pm local time due to the TCR Europe tests, was interrupted for a quarter of an hour shortly after 6pm due to an accident with Marco Wittmann. The Walkenhorst-BMW driver crashed into turn seven and damaged the left front of the new M4 GT3. The car had to be towed.

What exactly was the cause of the crash? “We are currently working on the case and suspect a technical problem,” said Walkenhorst team manager Niclas Königbauer, who no longer sent Wittmann on the field to rule out the unexplained incident.

The two-time DTM champion, who only reached 18 laps in the end, did not miss much because most of the teams again hardly spent the time after the sun went down after 6 p.m. At 21:03 – one hour before the end of the test – Group M Mercedes driver Maro Engel was the last driver to the pit. It was finally the end of the day.

While the teams also used the last hours of testing for intensive pit stop training, BMW’s Schubert team concentrated on preparing for the race, among other things, as high temperatures were forecast over the weekend. “We used the afternoon sun and the higher temperatures to make a few long runs,” says DTM returnee Philipp Eng. 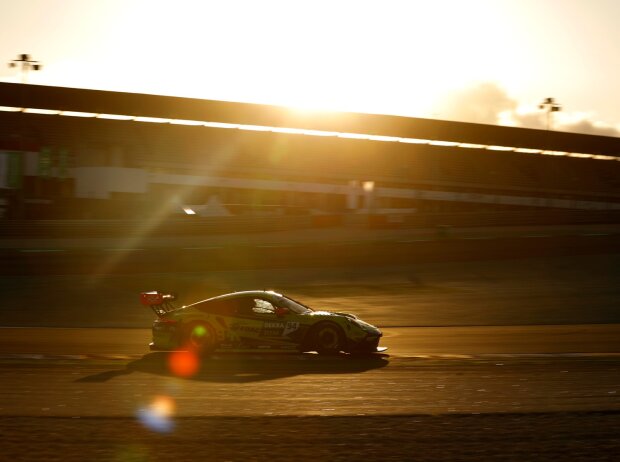 At the end of the DTM tests, Olsen sets the first best time for Porsche zoom

“It was an important experience for me because I’m not so familiar with Michelin tires. And the front left tire suffers a lot here in the fast last turn and the first turn – two turns that follow each other directly. In the evening have on because of the temperatures, driving was no longer useful. “

The lap times were again not very representative, for the drivers did not even come close to the high 1:39 times that the AVL simulations spat out. On the other hand, Dennis Olsen’s best time was almost two tenths faster than Ricardo Feller’s best time from the day before.

Mercedes-AMG and the Ferrari team AF Corse again had a respectable distance: Luca Stolz was the brand’s best driver with the star, 0.548 seconds behind, while Felipe Fraga in eleventh place was 0.627 seconds behind in Ferrari.

Götz does not want to know anything about sandbags: “Full throttle”

Champion Maximilian Götz did not want to know anything about sandbags on Wednesday morning, despite the fact that Mercedes-AMG had already become number 16 on Tuesday. “The whole Mercedes package was a bit slower than the others yesterday,” he said. “It was not sandbags. We went for full throttle.”

Instead, he sees “a few differences in the cars” – and indicated that the balance in the performance rating does not fit exactly. “The top speed at BMW looks very strong. And when I followed other cars, I saw that they have advantages. We were better in the slow turns.” Overall, the distance to the top is “a little too great”.

Run about a second after the teammate at the premiere

Sebastien Loeb, who arrived at the racetrack around 3pm on Wednesday afternoon and had AF Corse Ferrari in AlphaTauri design all to himself after colleague Nick Cassidy had completed the day before, was still a bit behind. 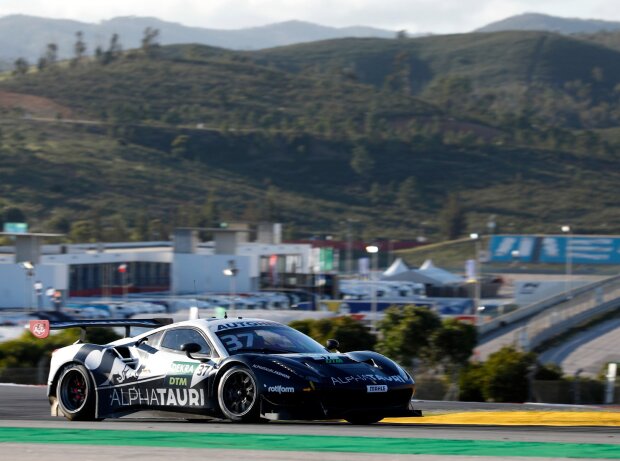 The nine-time world champion in rally achieved a personal record of 1: 42.990 in 75 laps and was thus, as in Hockenheim – as the analysis from ‘Motorsport-Total.com’ showed – about a second slower than teammate Fraga, who was in his fastest lap 1: 42.005 drove.

Loeb only knows the demanding circuit in Portimao, where there are different types of corners and several hidden corners, from a WTCC test day in 2014. “So I sat in the simulator for a while, played video games and also watched a few pieces. On board That’s all, “he says when asked about his preparation of ‘Motorsport-Total.com’.

Winward-Mercedes driver Lucas Auer, who had not felt completely in shape on Tuesday, was also finally in action on Wednesday. The Austrian completed a total of 39 laps and jumped into the middle of the Mercedes-AMG phalanx, 0.716 seconds down.

Just like on Tuesday, it was, among others, DTM Trophy Champion Ben Green who was allowed to test a Mercedes-AMG GT3 from the HRT team as a reward for his triumph. After the technical defect on Tuesday, he was used again on Wednesday and drove a total of 27 laps.

“I was driving on new tires and it was pretty cool,” says the Briton, who drives a Schubert-BMW in this year’s ADAC GT Masters. “These Michelin tires are really fast. I also learned a lot on the second day. Now I have to hurry to the airport so I do not miss my flight.” The rest of the pilots, on the other hand, will be in Portugal, where the 2022 season starts with two free training sessions on Friday.