Rosberg does not currently believe in Mercedes victories

Update or not: Nico Rosberg does not currently trust his former team to win. “It’s a long season, but they are nowhere with this car. They will not be able to fight for victories in the race soon,” Rosberg said on ‘Sky’.

He therefore believes: “It is difficult for Lewis to keep his motivation up.” He remembers: “He has won a race every year in his career. And it looks like this could be the year he can no longer win.”

In fact, Hamilton has won at least one race every season since entering Formula 1 in 2007. His worst year in this regard was of all things his first Mercedes season in 2013 with just one win.

In fact, Hamilton has won at least eight races each year since the hybrid era began. Mentally something of a change.

What Ferrari copied from Aston Martin

Along with Williams, Aston Martin is considered one of the worst cars of the 2022 generation – Ferrari as one of the best. So why should the Italians learn anything from the Vettel squad?

Specifically, it is about small winglets on the keel of the vehicle under the driver’s legs. Aston Martin already showed such winglets at the presentation in February. After that, they also showed up at Ferrari.

Our technical experts explain all the backgrounds here!

Speaking of Ferrari, no driver has his teammates under control as clearly as Leclerc this year. The Monegasque won all four qualifying sessions and ran against Sainz, also leaving the Spaniard in the Imola sprint.

Currently making a huge 9: 0 for Leclerc! Every other driver in the field has already lost at least one session against his teammate in 2022. But does that speak for Leclerc or against Sainz…?

You can find an overview of all qualifying, sprint and race duels for the 2022 Formula 1 season here! 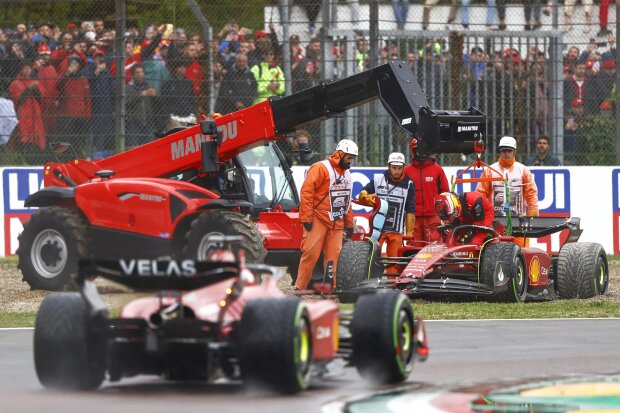 Does Red Bull or Ferrari have the best car at the moment? “On one weekend they are stronger, on another we are,” Ferrari team manager Mattia Binotto shrugs. “It’s been like this since the beginning of the season,” he recalls.

“We were stronger in Bahrain and Australia, the other two [Rennen] it was them, “said Binotto, who therefore believes that at the moment it depends on the pitch who is in front.

“I do not think there are any significant differences [zwischen den Autos] there, “said the Italian. From the point of view of the neutral fans it should remain so!

If you’re interested in the new Aston Martin factory, you’ll get a little update in this video. Incidentally, this will not be ready until 2023. With the current problems, the new plant will not be of any help.

Should the sprint races be longer?

After Imola, at least Russell submitted this dissertation. The Mercedes driver believes the sprints need to be 50 percent longer to make them work and add value for the fans.

“I’m not a big fan [der aktuellen Sprints]”, he admits and explains:” Drivers need to steer their tires a little more so you can see the difference in the cars. “

His full statement is here!

Marko: Have to put pressure on Ferrari

In Imola, Leclerc made the first big mistake of the year. Helmut Marko believes this is not a coincidence. “I Imola has [für uns] everything works and Ferrari makes mistakes under pressure, ”the Austrian told ‘F1-Insider.com’.

“[Leclerc] has no title yet. The pressure is still greater there – even more so at home, “Marko explains, adding:” Ferrari is strong and we must continue to work at full power. But of course we can be more optimistic now. “

“If we continue to make sure Ferrari goes to the limit, things will not always run smoothly for them either,” says Marko.

.. Niki Lauda got her first Formula 1 victory! The Austrian triumphed in the 1974 Spanish Grand Prix ahead of his Ferrari team-mates Clay Regazzoni and Emerson Fittipaldi in McLaren.

For the later triple world champion, it was the first of a total of 25 victories in the premier class. In addition, Lauda joined the list of the youngest Ferrari winners in Formula 1…

Wolff does not believe Hamilton’s resignation

After the Imola bankruptcy, Toto Wolff was asked on ‘Sky’ if he was sure Hamilton would continue next season. “I’m assuming that’s the case,” Wolff says without concern.

As a reminder: Britain’s contract still runs until the end of 2023. But Wolff also knows: “Of course the pressure is rising for all of us now. […] Of course, he will win an eighth title. “

“We have to give him a car that can do that. And we can not at the moment,” Wolff admits. We want to change that as soon as possible.

The last time a rider became world champion after not winning the first four races of the season was 33 years ago. In the 1989 season, the future champion Alain Prost got only his first victory in the fifth race.

But: Prost started the season with three second places and thus had a significantly better starting position than Hamilton this year. After the first four races, he was only seven points behind in the World Championship.

Converted to the then points system, it was less than a victory in the race. Hamilton, on the other hand, is already missing 58 points – more than two victories. 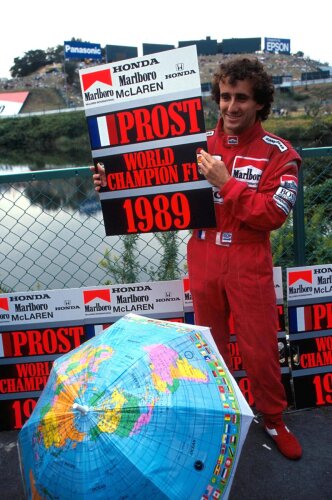 Herbert: Can’t write off Mercedes yet!

Expert Johnny Herbert does not see the situation at Mercedes this year as gloomy as Nico Rosberg. On ‘Sky’, he recalls that many had already written off the silver arrows by 2021.

“It looked like it would be a lone win for Red Bull early and mid-season,” Herbert said. But in the end, Hamilton and Mercedes were able to fight back and keep the championship open until the last race.

Herbert is therefore confident: “You can never write off Lewis and Mercedes.”

Many Formula 1 fans asked themselves this question, especially after Melbourne. Both drivers recently got points in Imola, but before that Vettel and Stroll had caused a number of accidents in Australia.

Team manager Mike Krack explains that the car does not appear to give drivers good feedback. “We try to give drivers a better feel for the car so they can get more out of it,” Krack said.

“I also think that’s why we’ve had so many incidents on different tracks – like Melbourne, where our drivers were very often off the track,” he recalls.

“It’s not normal. Drivers of this quality do not fly all the time,” says Krack. So the problem seems to be somewhere in the car.

Josefine has two questions. As for yesterday’s ticker, she would like to know: “Could Mick also be involved in the change of driver or is he financially secure in the cockpit with Haas?”

Mick Schumacher has the support of Ferrari. And as long as that’s the case, he has nothing to worry about. Personally, I think it is at least very unlikely that his Haas cockpit is in danger.

She also asks, “Could you make a series of photos with the most F1 lead without winning?” We do not offer a series of pictures, but here are the top 10:

Speaking of Silver Arrows, they may have an update for W13 in Miami. Andrew Shovlin reveals that “a lot of work” is currently being done in Brackley to get the guinea pig under control.

He makes it clear that the problem will not be solved in one fell swoop. Instead, it is “steps” that you have to take little by little. And one could already be made at the upcoming race in Miami.

“We hope to get parts on the car soon – maybe even in Miami,” Shovlin said. We are excited!

Hamilton’s “masterpiece” is not finished yet

Is the record holder talking about the eighth world title here? In any case, he posted a new post on Instagram in which he wrote: “I’m working on my masterpiece. It’s me who decides when it’s done.”

Can be interpreted as a clear rejection in the direction of his critics who suggest he resign!

Formula 1 is running out of race directors

With Eduardo Freitas and Niels Wittich, Formula 1 has two race directors this year. But several media outlets are now reporting that both have tested positive for Corona. This can pose a problem for the best class.

To be able to enter the United States, where driving next week, a negative coronate test is required. So who would take over the job if both were to actually be absent in the coming week?

The most likely solution is Herbie Blash, who was Charlie Whiting’s deputy for many years. A comeback by Michael Masi, on the other hand, can be ruled out with some certainty.

Hello and welcome to a new edition of our Formula 1 live ticker. The week is almost over and the premier class is slowly but surely on its way to Miami. However, a very important person from the fold cannot take the trip for the time being. But more on that in a moment …

Here you can again read our live ticker from Wednesday!