press conferenceThe championship is almost certain. Now Real Madrid have yet to clear a big chunk of the road with Manchester City in the semi-finals of the Champions League. Casemiro and David Alaba are “still worried” about Carlo Ancelotti, and the offensive question has not been resolved either: “Two or three offensive players? I do not know.”

… The first match of the semi-final in the Champions League against Manchester City (Tuesday at 21.00 in REAL TOTAL live ticker and at. Amazon Prime video): “We have to play well. As there is no rule on away goals, the knockout phase is more open. We have to take into account that we have to play 180 minutes. There is a mixture of joy in this game as we are very close to the final. in the most important competition in the world. At the same time, of course, there is concern that we are playing against a strong team. We are used to it because we have had tough matches in this competition; “Of these matches, the other teams were favorites, but we fought and it ended well. Without a doubt, we will continue to fight tomorrow.”

… The injured Ferland Mendy, David Alaba and Casemiro: “From what we saw at training yesterday – Mendy is fine. We are a little in doubt about Alaba and even more about Casemiro. Today’s training will determine that, especially for Alaba and Casemiro. As I said: We are more confident with Alaba than with Casemiro. He tries, but if he can not play tomorrow, he will play in the next match. “

… The almost won championship: “I do not think we are thinking about what might happen on Saturday. We are closer to the league title and can win it at our stadium on Saturday. We will try everything and we are very happy that we can win this important competition a month before. The atmosphere is very good because these are the games that the players want to play and prepare with all their experience. For me, the work at this point is very easy, I do not have to tell the players how to prepare. I do not think it is the right time to judge the season yet, but for me the work has been easy this year. “

… the latest tactical changes and whether he goes after a third offensive player again: “The semi-finals will be decided in the second match at the Bernabéu. The doubt I still have is whether I should field three strikers or only two. We have to take everyone into account to make this decision. Rodrygo is doing very well, “Camavinga does the same. It’s two players who have brought in a lot of energy.”

Før statements before the season that Real Madrid could not compete internationally: “I remember back then it was just public opinion. No one thought these two teams, Real Madrid and Villarreal, would get this far. We are very happy to have come this far. I have always said that Real Madrid can keep up. We will follow, and we will do so tomorrow and next week. We will fight. “

… The pressure that City have because the Champions League has never been won: “The pressure is the same. Reaching the semi-finals is usually not a success for Real Madrid. We really want to get to the final and that is a success in this competition. That was our goal. Because if Real reach the final, there is a greater probability that we may win it. “

… The importance of Real Madrid’s history: “I think the club’s history counts in this competition, but more for us than for the rivals. This history, which has grown over the years, helps players feel the value of the jersey they wear. But it’s a positive pressure.”

… Atlético’s defensive tactics against City from the quarter finals and a possible copy of them: “If you are not compact in defense, you will suffer. You need a compact defense and cooperation in the collective. The defensive aspect tomorrow is very important for the game. There will be moments where City have the ball. It is very simple. : When City have the ball, you have to win the ball, with high pressure or less. When you have the ball, you have to take advantage of the quality we have. It can be a good opening, vertical play or one-on-one duels, because we has a lot of quality on the pages, but we’ll see that tomorrow. “

More about the premier class 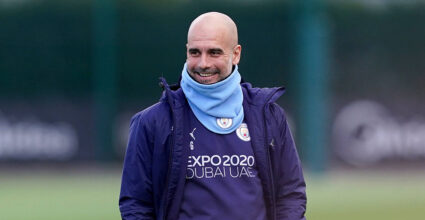 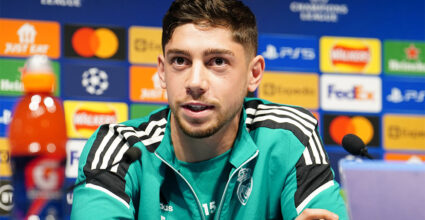 Valverde hot for City. He “does not want to lose his place in start XI again”. Keep reading

4- 4-0 victory over Bayern Munich in 2014 and Pep Guardiola’s statement at the time that his team consisted of athletes: “It’s an assessment I can no longer remember. I do not want to go into that further. I remember the game well, but tomorrow it will be a different story, a completely different game. Hopefully we will get out of this semi-final successfully. . ”

… His decision to return to Real: “Why did I come back? Real Madrid needed a coach. It was nice for me to come back, but it was not my decision. It’s clear. Real Madrid had faith in me and I really enjoy my time here.”

… The city’s disadvantage of having had so many matches in a row: “It’s hard to say, but I think the players are used to playing almost every day right now. I do not know if it is better because there is a risk of injury, but: having to recover so quickly means they are very used to it. You will not have a problem. Of course, it’s different if there are injuries in these matches, but I do not think it will give us an advantage. “

Ancelotti ahead of City – Real Madrid: “Doubts about Alaba and Casemiro”

The championship is almost certain. Now Real Madrid have yet to clear a big chunk of the road with Manchester City in the semi-finals of the Champions League. Casemiro and David Alaba are “still worried” about Carlo Ancelotti, and the offensive question has not been resolved either: “Two or three offensive players? I do not know.”