Because Toprak Razgatlioglu (Yamaha) and Jonathan Rea (Kawasaki) fell after contact, Álvaro Bautista (Ducati) got an undisputed victory in the second Superbike race in Assen. The podium for Honda, BMW in 6th place.

The second round of the Superbike World Championship in Assen marked the end of the second season competition of the short series world championship in 2022 – it was to be a memorable race.

As in the first race, the majority of riders opted for the soft SCX racing tire.

The expected three-way match between Rea, Razgatlioglu and Bautista initially developed at the top. But on the 6th lap, the Yamaha rider missed the ideal line in a curve and touched Rea on the inside when he returned. Both crashed and Álvaro Bautista ran a lone race from then until the victory.

That was not the only failure. In the first two laps, Loris Baz (BMW), Garrett Gerloff (Yamaha), Philipp Öttl (Ducati) and Kohta Nozane (Yamaha) dropped out.

Welcome to the Assen race 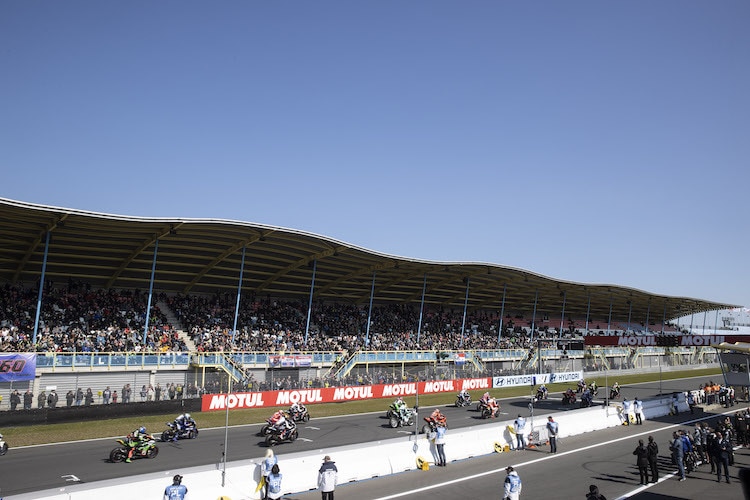 the start of the race 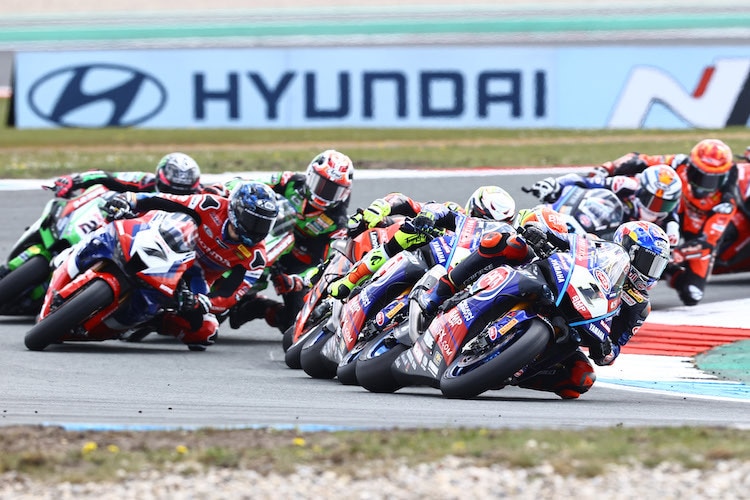 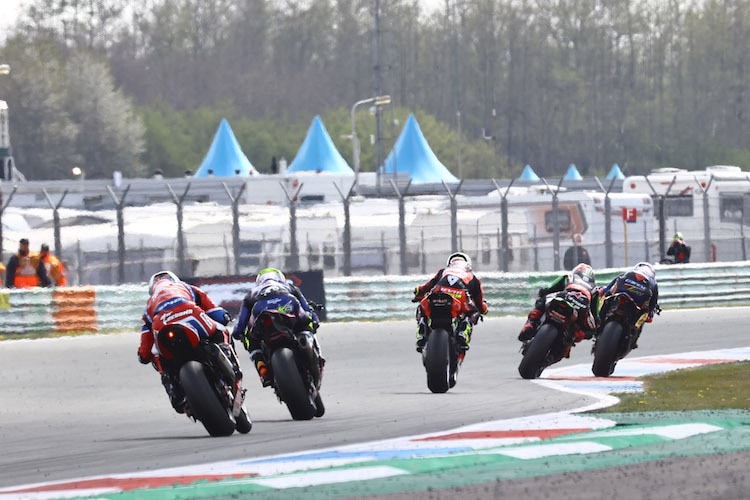 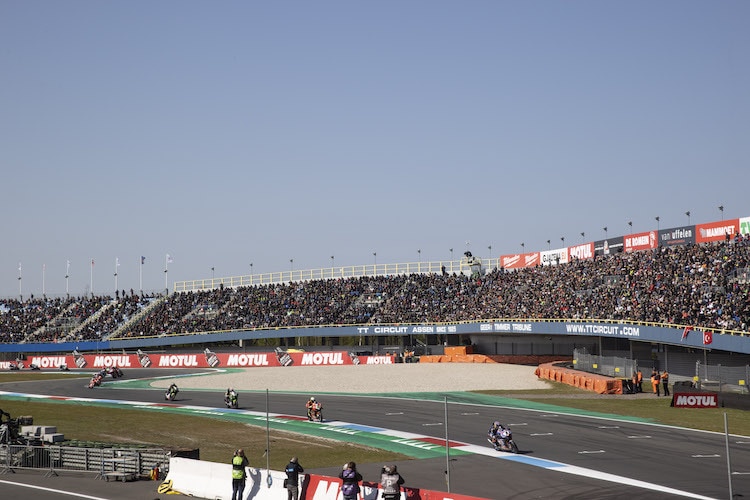 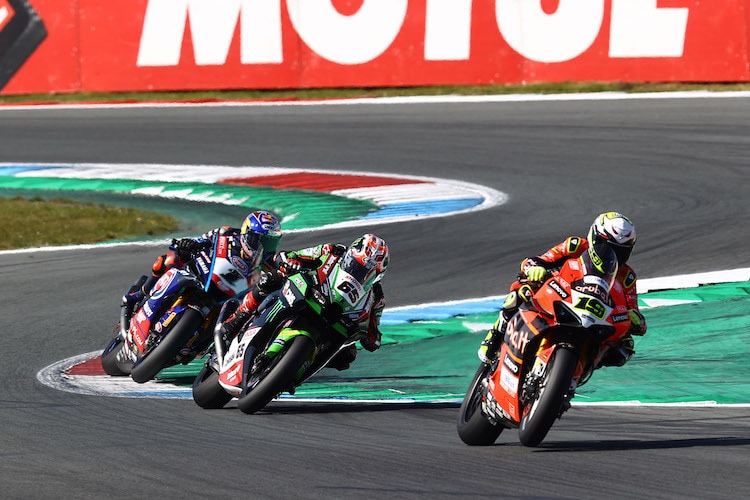 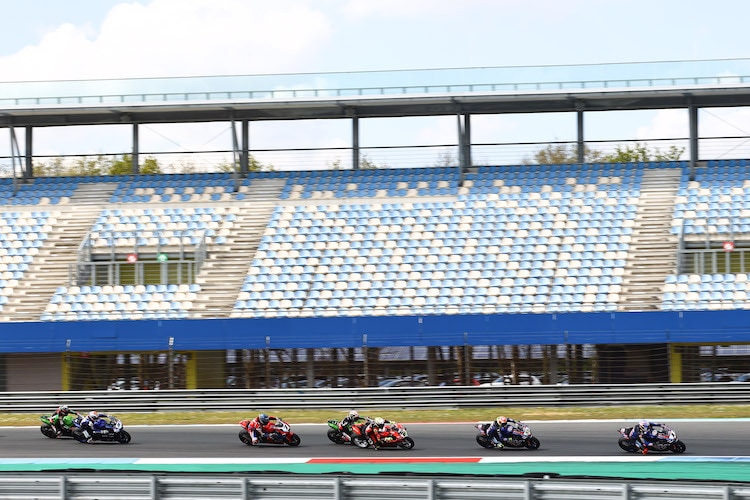 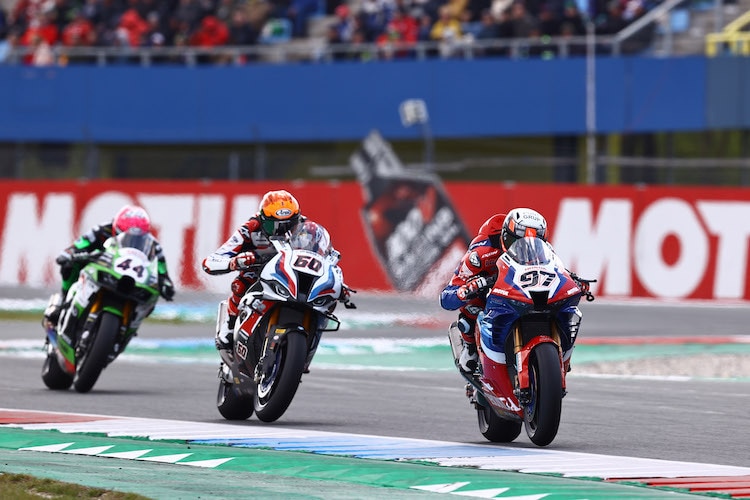 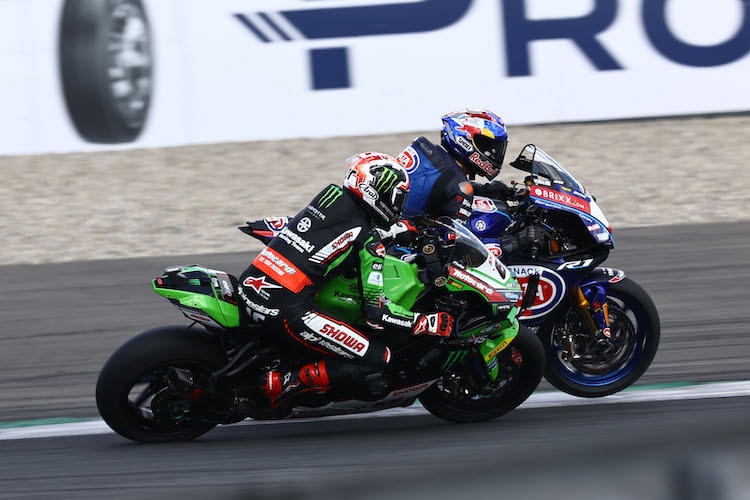 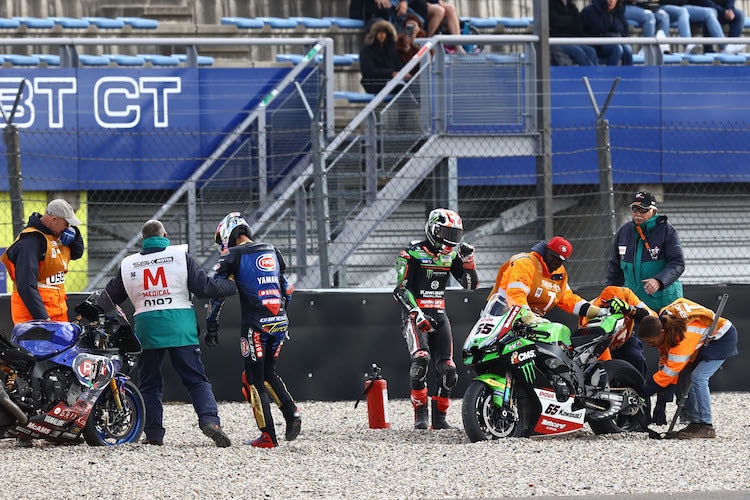 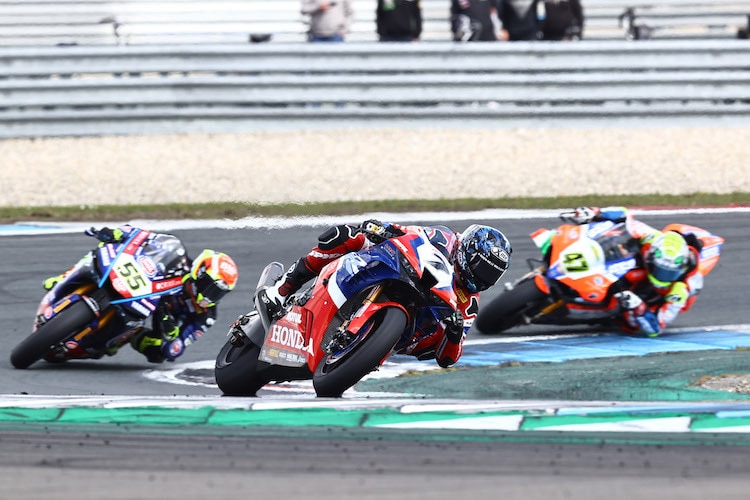 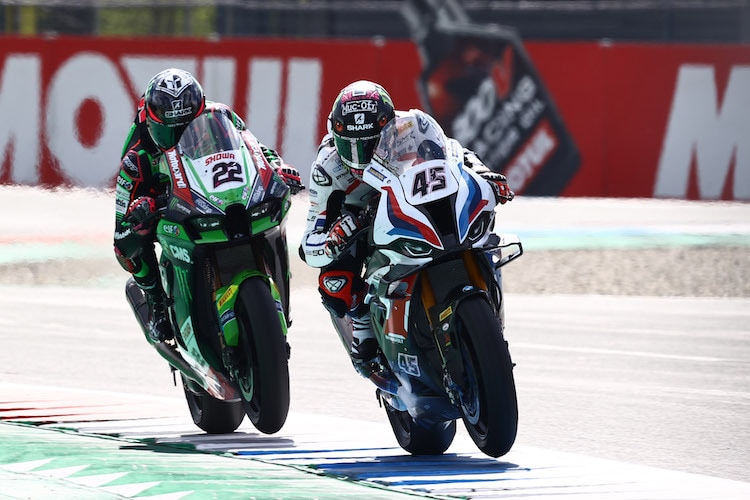 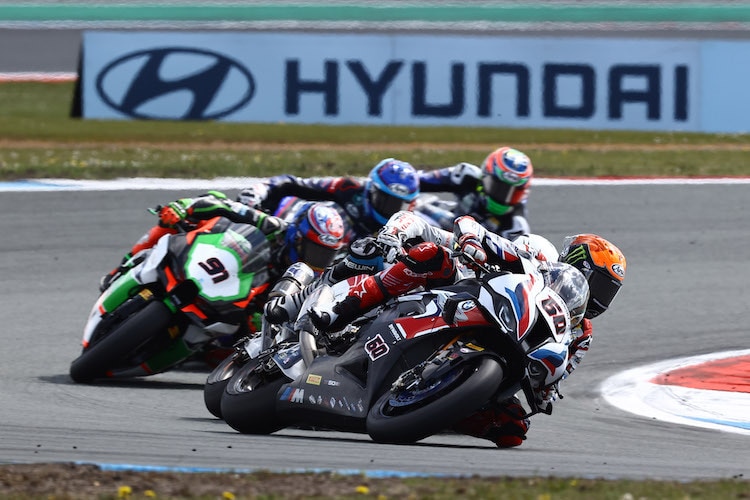 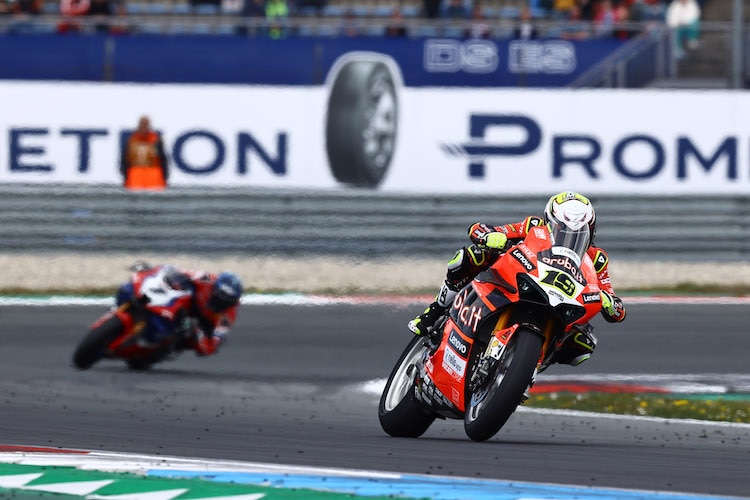 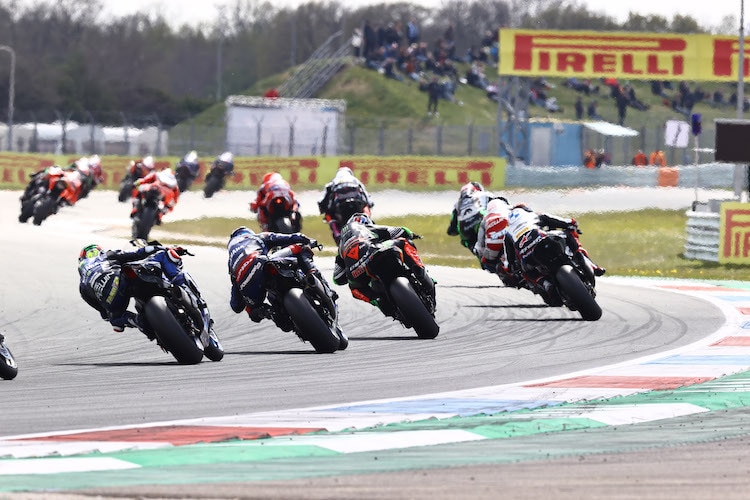 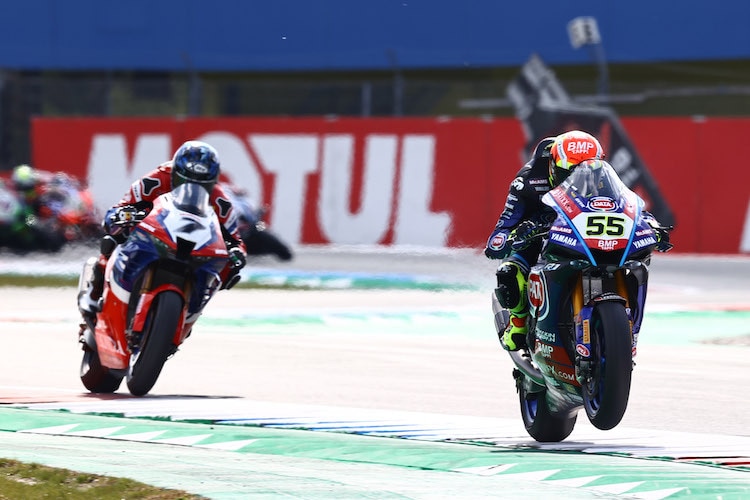 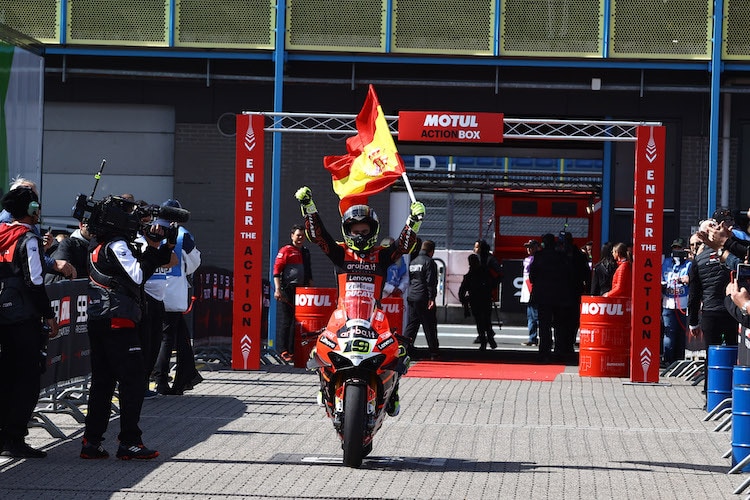 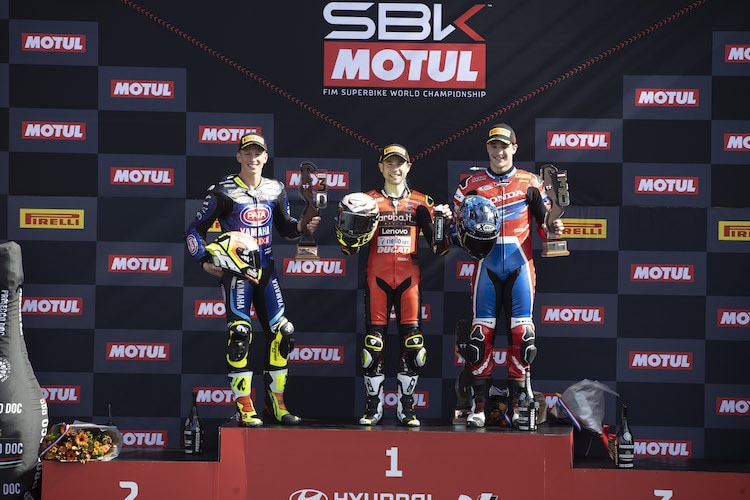 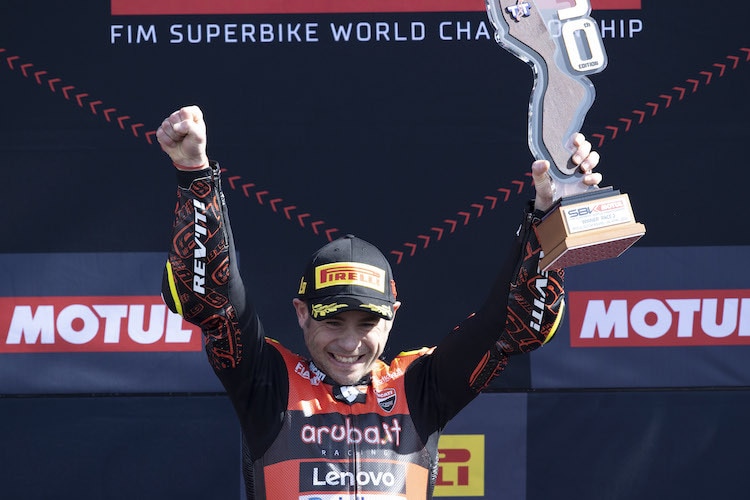 Andrea Locatelli (Yamaha) took advantage of the rare opportunity that two top pilots are out of the race for second place, which he had honestly earned after a long lap duel with Iker Lecuona (Honda). The Spaniard, in third place, gave Honda its first podium in the Superbike World Championship 2022.

This is how the race went

Start: Razgatlioglu in front of Locatelli and Bautista in the first corner. Then Lecuona and Rea. Autumn Nozane.

Round 1: Razgatlioglu further up, Rea almost crashes into Lecuona in the harassment. Öttl in place 22. Gerloff smoked out after contact.

Round 2: Razgatlioglu ahead of Bautista and Locatelli. Rea (4.) now past Lecuona (5.). Fall of Öttl and Baz.

4th round: Bautista pushes behind Razgatlioglu, but can not find a hole – on the contrary, Rea slows past the Spaniard in the harassment.

Round 5: Razgatlioglu, Rea and Bautista within 0.3 sec. One second behind Locatelli (4th), Lecuona and Lowes.

Round 6: Toprak misses the line, and when he returns, he collides with Rea. Both fall. Bautista leads ahead of Lecuona, Bassani and Locatelli. Rescue best BMW drives in 7th place.

Round 8: Bautista runs as fast as he has to run. Still, he is a solid 1.1 seconds ahead of Lecuona. Locatelli, Bassani, Lowes, Rinaldi and Redding are vying for third place.

Round 9: Van der Mark bravely past Vierge and Mahias in 8.

Round 12: Lecuona, Locatelli fight for 2. Bassani, Lowes and Redding for 4. Vierge, van der Mark and Mahias for 8.

Round 13: Bautista runs 0.5 seconds faster than the rest per. lap.

Round 15: Lecuona keeps the oppressive Locatelli in check. Van der Mark fights admirably with Vierge and Mahias for 8th place.

Round 17: Redding maintains fourth place ahead of Bassani and Lowes.

Round 18: Locatelli brakes past Lecuona and takes second place.

Round 19: Bautista is almost 10 seconds ahead.