The new maps for Germany show buildings in 3D, parks, green areas, streets, airports, shopping malls and more with significantly more details and sights such as the Brandenburg Gate, Berlin’s radio tower, the Elbphilharmonie in Hamburg or Neuschwanstein Castle in 3D. At the same time, areas highlighted with orange show busy streets, buildings and more, including shopping malls or urban areas.

The navigation has also been updated, including Siri announcing natural language instructions. Instead of “Turn left at 300 meters”, Siri gives the command “Turn left at the next traffic light”. Lane Assistant helps to avoid wrong turns and missing exits, just as the maximum speed limit is now displayed.

Furthermore, you can now also share the expected arrival time with family and friends, allowing you to follow the journey and any delays directly. It is also possible to report accidents, dangerous areas or speed cameras – just by Siri.

Look around for Munich 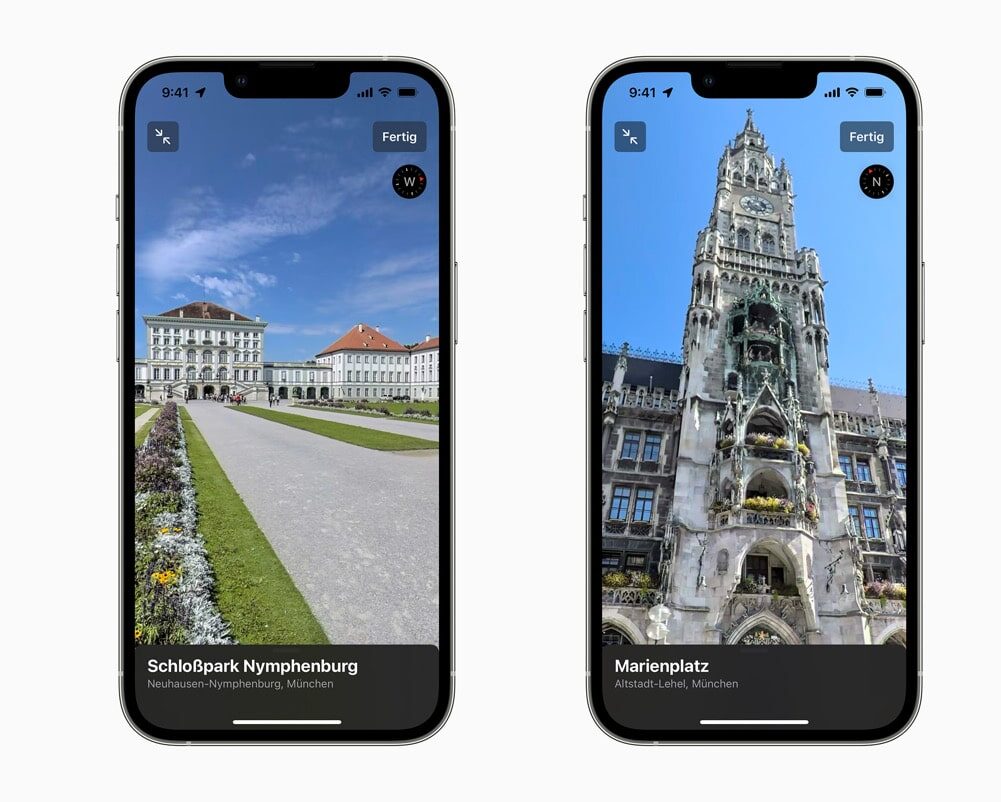 As the first German city, Munich can be experienced by everyone with Look Around. There are interactive street-level images with high-resolution 3D photography as well as a fluid and smooth depiction of major cities. At the same time, people and number plates were made unrecognizable. Anyone who wants to pixelate their house or find errors, for example, can report them via this website.

With the latest updates, Apple Maps introduces Augmented Reality Pedestrian Routes, which provide turn-by-turn directions in augmented reality for select German cities, including Berlin, Frankfurt, Hamburg, Cologne and Munich. You can simply lift your iPhone to scan surrounding buildings. Maps generate a very accurate location and provide detailed augmented reality directions that can be seen in the real world. 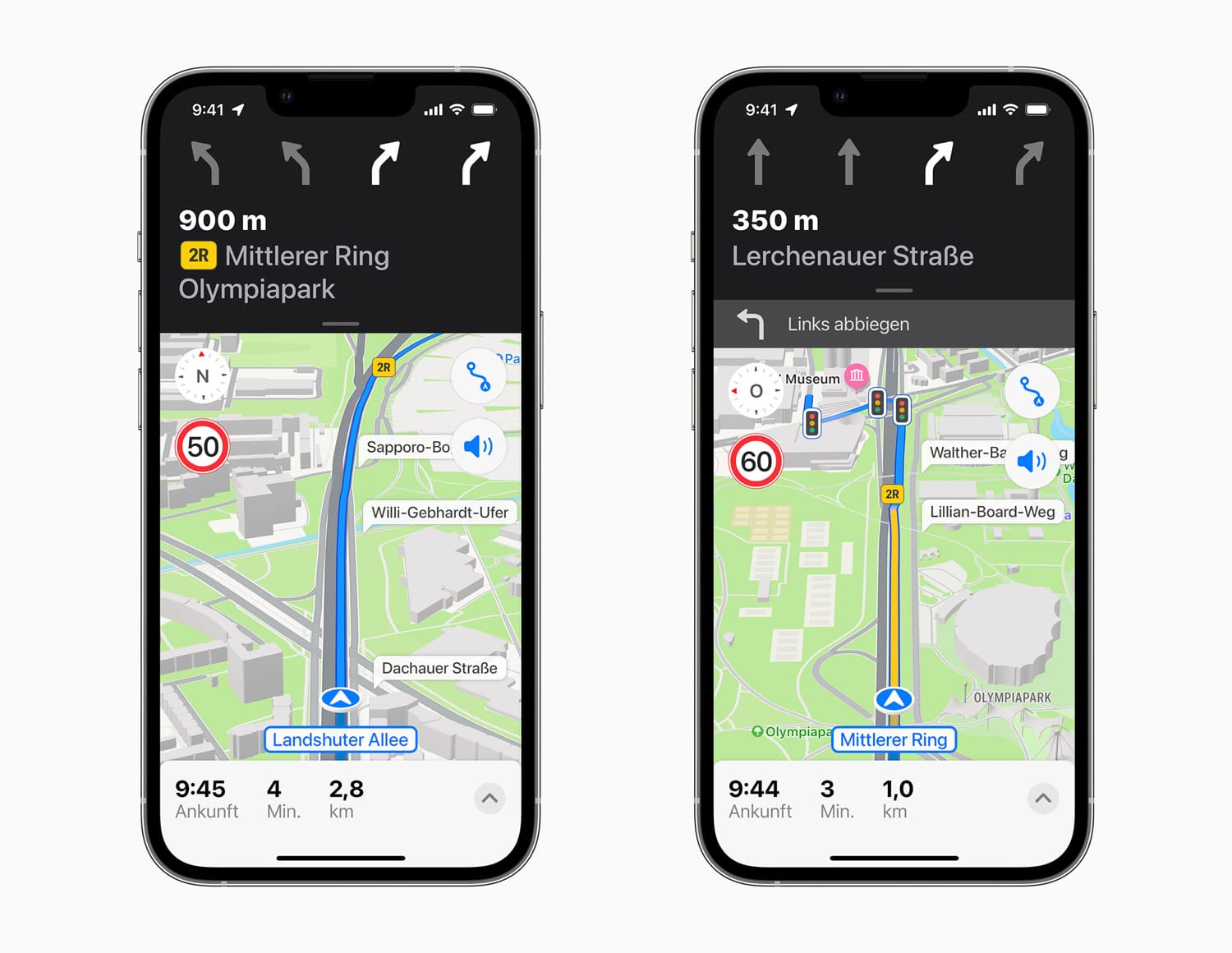